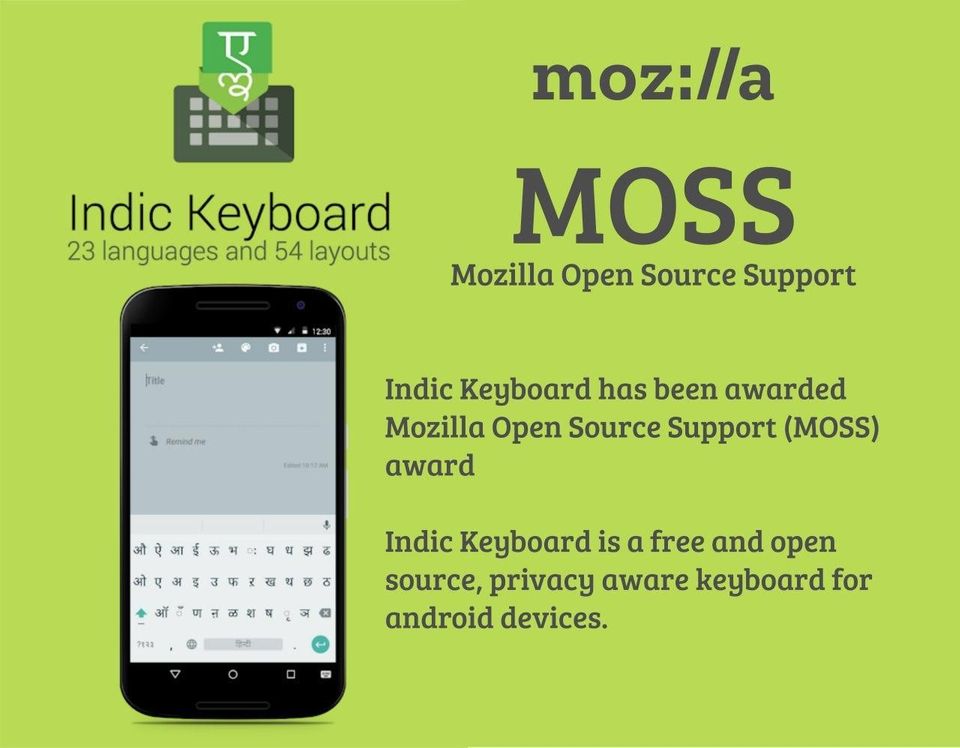 I was keeping this under wraps since December last year. This is the announcement that I teased in my last post about the status of Indic Keyboard v3.

It is the fifth anniversary of the public launch, installations has crossed 2 million mark couple of months back and MOSS award is such an encouragement and will make me work harder than ever before.

You can read the announcement at SMC's blog - https://blog.smc.org.in/indic-keyboard-moss-award/